UPC
Availability
This product is currently on order
Average Rating

MOB+ xHUB To Install In The Boat

Intelligent Man Over Board System

The corded kill switch is rarely used as it ties you to a very limited space onboard. With MOB+ Wireless Man OverBoard System you regain freedom – without losing safety.

The xFOB is your personal safety guard at sea. Being placed in the accompanying xBAND or xTAG, the xFOB unit does not inhibit any movement or motion. Should you fall into the water the engine(s) will stop in just one second.

As long as you stay within wireless range you are free to drive your boat and move about as you feel like. Just relax as MOB+® cares for you if a MOB Event should occur. 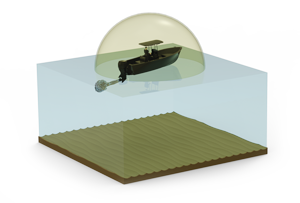 If you were to fall overboard and still be within the wireless range of MOB+®, rest assured that the engine will stop anyway because the xFOB gets submersed in water, breaking the wireless signal. 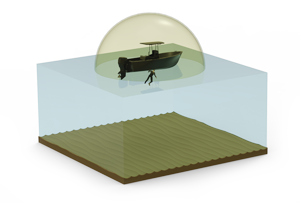 If you get out of the wireless range of MOB+®, whether by falling overboard in the water or going away from your boat on the docks, the engine will stop. 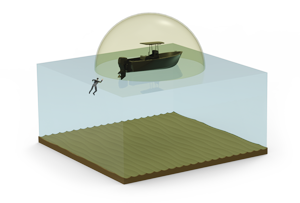 General Information About The System

As you step aboard your boat, press the xFOB to connect to the xHUB. A green light and an audio signal will confirm the connection and the engine can be started. Should a fall over board occur the engine will be shut down, caused by the xFOB being under water or more than 50 feet from the xHUB. 6 seconds after shut down passengers can restart the engine to save the person in the water. When leaving the boat press the xFOB once to disconnect.

Up to 20 xFOBs can be stored per xHUB (if more than 20 are paired the first ones which were paired will be deleted).

Up to four xFOB’s can be connected to the xHUB at the same time, with one unit acting as the captain’s stop unit, and the additional three as alarm units for passengers. 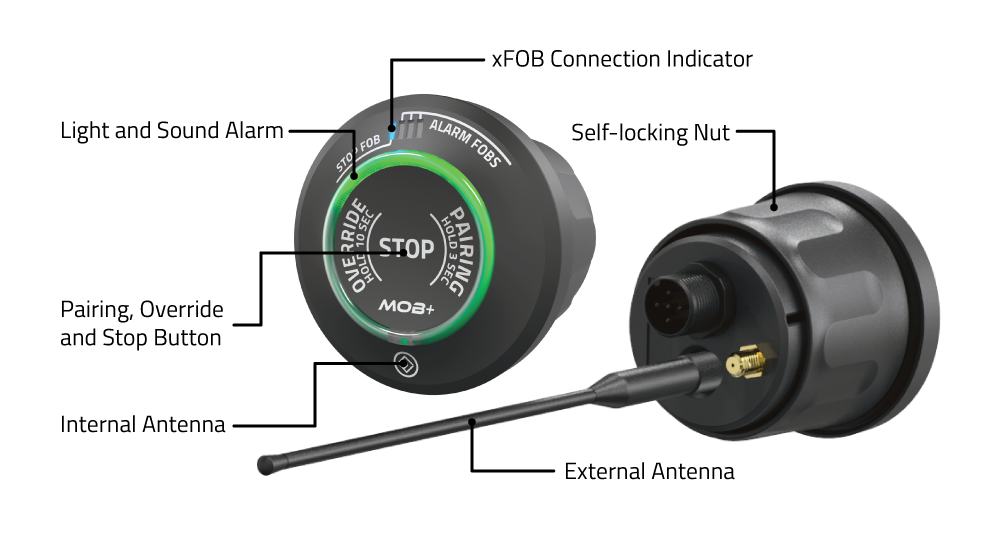 Liberty of movement is part of the boating experience. Moving around unobstructed, talking to everyone, getting something to eat or drink if you’re hungry all add to the joyful experience of a day at sea. Until now, a corded kill switch has limited this possibility for the person in charge of navigation. The kill switch, more precisely the cord on the old kill switch – has been an obstacle. As so often happens, many have gotten rid of this obstacle, to increase flexibility.

MOB+ allows you to have both, safety and freedom, 100%. Wear the xFOB on your wrist or in your pocket, it’s up to you. What matters is that you wear it. All the time. In that way you and those with you will be safe at all times.

All you need to get started boating wireless!

With the MOB+ Basepack you get a MOB+ xHUB with connection cables and antenna to mount in your boat, an xFOB, butt splices for cable connections and User Manual. Choose to combine the MOB+ Basepack with either or both of the xBAND and xTAG. You can also add additional xFOB to your system if you have several user of your boat.

The xFOB has up to 300 hours battery life time when connected.

Automatic timer function ensures the unit does not remain turned on should it be forgotten on the boat.